A unique vow,
Explicitly intended to be binding
Until death separates us.
More than a contract that can be
Broken by paying damages.

The words
“For better, for worse;
For richer, for poorer;
In sickness and in health”
Take into consideration
The probability that
It will not be easy to keep.
Marriage is hard at best;
Disagreements and
Difficult adjustments abound.
A binding oblation
To love, honour,
And cherish one another
For as long as we shall live
Because God has asked us to do so.

“For better, for worse,” we pledge,
Through sickness and through conflict;
We’ll keep these vows for life
By the help and grace of God.

Imagine the nativity scene… The stable was full that night Christ was born.  His young parents had no idea what a key part of God’s plan they had become. The lowly animals were there.  The first to receive the birth news directly from heaven’s angel choir were poor shepherds.  The shepherds filled the stable to worship the King of Kings.  And the wise kings who sought the child to worship Him and to bring offerings.

When I was seeing the pictures and posts of nativity sets on the social media a thought occurred.   What if the stable had remained empty?  What if God had just left the world in our sin and never came down to redeem us?  God created us.  God could have wiped the slate clean of His creation once we became broken by sin. He didn’t do that.  He loved us so much that He sent His one and only Son.  God is LOVE.  John 3:16-17 “For God so loved the world, that he gave his only begotten Son, that whosoever believeth in him should not perish, but have everlasting life. For God sent not his Son into the world to condemn the world; but that the world through him might be saved.”

His life lived on this earth is the standard to look to.  As was with His birth so was His life.  He ministered to ALL.  Luke 5:31-32 “Jesus answered and said to them, “Those who are well have no need of a physician, but those who are sick. I have not come to call the righteous, but sinners, to repentance.”  As He spoke to the Pharisees they were blind to the fact that they were sinners themselves.   Even the self-righteous were a part of God’s plan.  Their desire to have full control of “the law” and keep their religious power is what put Jesus on the cross.

Jesus died on the cross for ALL people and ALL sin.  He even forgave the very ones who put Him there as he hung in pain.  Luke 23:34 “Jesus said, “Then Jesus said, “Father, forgive them, for they do not know what they do.”” Jesus died and was buried and then three days later He rose to life fully defeating death and sin.  Luke 24:5-6 ”Then, as the women were afraid and bowed their faces to the earth, the two men in shining garments said to them, “Why do you seek the living among the dead? He is not here, but is risen! Remember how He spoke to you when He was still in Galilee,”

The tomb was empty that day because the stable had been full.

The deeper we understand our own sins and what Jesus took on that cross for us the deeper we understand the GRACE.   We are called to love and share His light and good news with the world.   Mathew 28:19-20 “Go therefore and make disciples of all the nations, baptizing them in the name of the Father and of the Son and of the Holy Spirit, teaching them to observe all things that I have commanded you; and lo, I am with you always, even to the end of the age.””

This Christmas let’s remember that if it weren’t for a full stable there would not have been an empty tomb.  Salvation, love, grace, anything good does not come from us.  It is all about Jesus.  He is our hope.  We only make a difference when we allow Jesus to love through us. 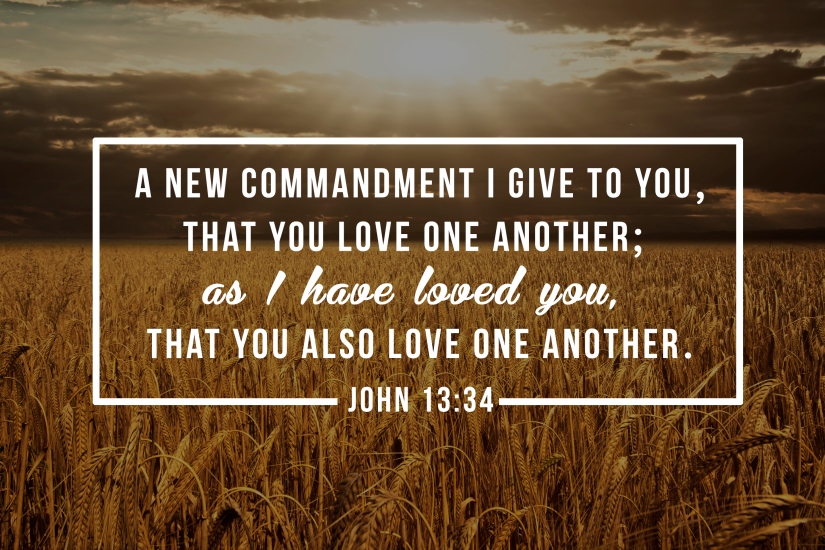 Children cry in hunger
As parents strive for food;
Still their hearts are unfed.
So many lives are empty,
So many walk alone.
Reaching out for something
They cannot seem to find.

This is my command:
Take your brother’s hand
And love him as I have first loved you.
Let the warmth of your embrace
Give him strength to run the race.

Broken people wonder:
“O God, where can You be?”
Share my heart with those who weep
And bring them back to me.
May your love’s work be the evidence of grace.

You’re the source of my being
I can’t live without You!

I don’t understand the reason for
This dark valley I walk through;
I can’t perceive now what You’re doing
All I know is I can’t make it without You.

It was Your love that sought me,
Your blood that bought me;
An awesome price You paid,
Wondrous grace that brought me to the fold.

On Your arms I am leaning
Lord, I can’t live without You!